As one of the country’s premier radio broadcasting network, Aliw Broadcasting Corporation has aggressively seized opportunities in delivering relevant stories that INFORM, EDUCATE and ENTERTAIN to every Filipino household in the past 27 YEARS.

A member of the Aliw Media Group, ABC currently operates 12 radio stations strategically located throughout the archipelago with its flagship radio stations DWIZ 882 (AM) and 97.9 Home Radio (FM).

The network’s jewel station DWIZ 882 Himpilang Mas Todong Lakas is one the few AM radio stations authorized to operate a 50,000 watt transmitter in the country.

True to the vision of our founder the late Ambassador Antonio L. Cabangon Chua as a radio station to reckon with, we stay committed in giving only the best to our listeners; and we remain true to our mission to give absolute public service and entertainment which is essentially what Aliw Broadcasting Corporation is all about.

Aliw is now headed by D. Edgard A. Cabangon as Chairman and President. 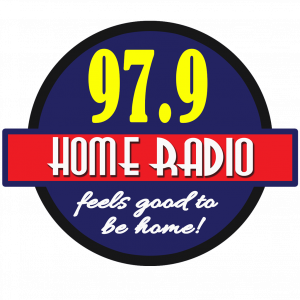 97.9 Home Radio—This is the FM station of Aliw Broadcasting Corporation.

The new 97.9 Home Radio with the tagline 'Feels Good to be Home' is currently playing old soul sentimental songs that relieve good memories, and make you feel at ease whether you are at home, in school, in the workplace or in transit.

We can be heard through FM channel or internet streaming on the website or through Home Radio app, bringing back the soft hits format, targeting 20 to 40 years old listeners and captivating people from different economic class.

DWIZ 882 is a commercial news talk radio station serving the Mega Manila market. The station’s studio is located at the 5th floor of CityState Center, 709 Shaw Boulevard, Pasig City. True to its slogan, “Ang Himpilang May Todong Lakas”, DWIZ gives crisp and crystal clear sound which can be heard nationwide powered by 50,000 watt transmitter. Using Tagalog as its medium, it brings much needed news and information to its listeners all over the Philippines and neighboring countries through online streaming and mobile application.

Programs: DWIZ 882 gives the listeners balanced programming by airing programs that cater to News and Information, Views and Opinions, Public Service, as well as other shows that are informative, educational and entertaining. To name a few these are: Balitang Todong Lakas, Ratsada Balita, IZ Balita Nationwide (Morning, Mid-day and Afternoon), Siyasat and Karambola, among others.

Recognitions: The year 2014 up to 2017 serve as milestones for DWIZ, the station has been consistently recognized by the Kapisanan ng mga Brodkaster ng Pilipinas (KBP) and other organizations:

2015-Best Station Radio Category by the Universal Peace Federation, Gawad Ulat for Most Supportive Radio Station by the Department of Social Welfare and Development, Best Radio Documentary awarded to Siyasat 'Damo' in the 23rd KBP Golden Dove Awards, and the Lifetime Recognition Award given to Ambassador Antonio Cabangon Chua.